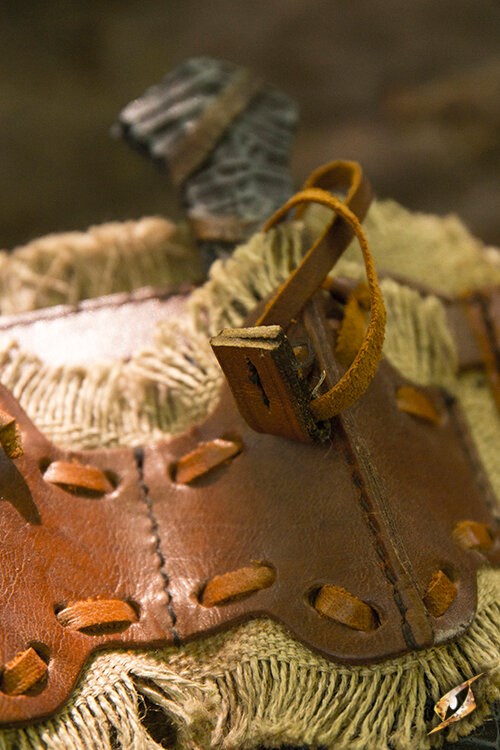 Epic Armoury, Stalwart
In Stock (choose variant)
Expected to be in stock:

Your clan needs blood in order to perform a powerful ritual before battle. You have captured many new slaves, and the chief has decided to force them into a tournament. The losers shall be sacrificed.

As the clan’s shaman, you await your first victim. There are cheers and roars of excitement from your fellow orcs as a human soldier is forced to fight one of his companions. In desperation to survive, their friendship quickly withers. The beaten opponent is brought before your altar, and taking your knife from your Wildling Set Holder, you take the blood you need.

Epic Armoury’s Brown Wildling Set Holder is designed to hold up to two straight-edged Epic Armoury throwing weapons and comes with the Bone knife and the Stone knife. Specifically created to match our more rustic designed weapons, this handmade holder attaches to the belt using two leather loops. Two leather straps tighten around the knives, keeping them secure even in rough fights.

Made from brown full-grain leather, frayed canvas, and reinforced stitching around the edges, this weapon holder is built to keep its shape and withstand the abuse of a LARP with regular leather care.