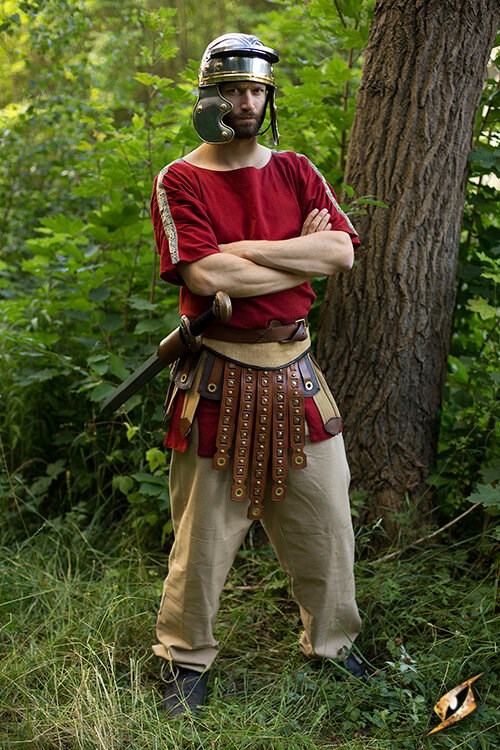 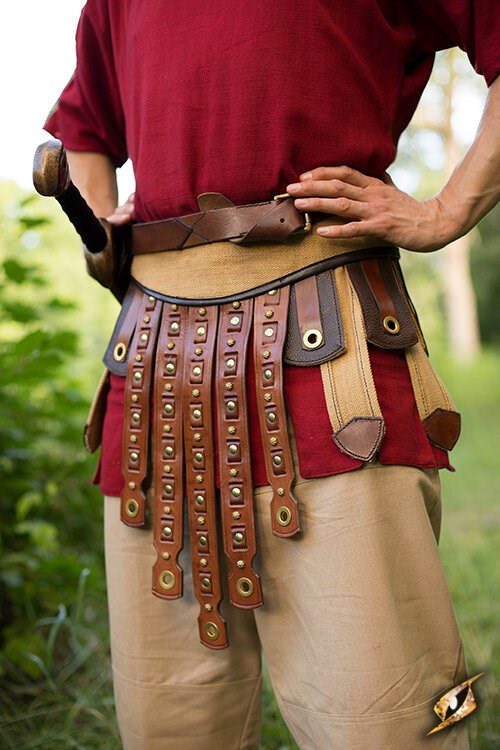 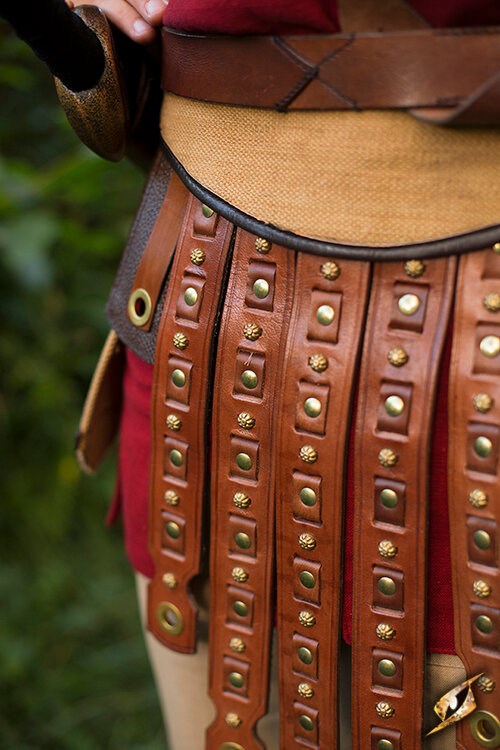 Epic Armoury, Ancient
In Stock (choose variant)
Expected to be in stock:

You are a citizen of the Roman Empire, and a professional heavy infantryman of the Roman Army. You enlisted in your legion for twenty-five years of service, and you are both relieved and anxious to know you have only a few years left.

As you double-check that your military-issued Roman Belt and other armour is secure, you feel prepared alongside your fellow soldiers to go into battle. You just hope that your training will continue to serve you well. At the very least, you have confidence in the sharpness of your weapon.

Epic Armoury’s Roman Belt is a belt inspired by the military belt worn by ranking Roman soldiers. The Roman Belt’s five hanging leather plates and metal fittings protect the groin, but ultimately this is more for a show of rank than for armour.

Made from heavy canvas and rimmed with soft leather, this belt is constructed to prevent tearing or deforming in order to provide a durable solution to your Roman-inspired costume. With a sturdy cotton cord tied at the back, adjust this belt to a large range of sizes to fit your unique body.